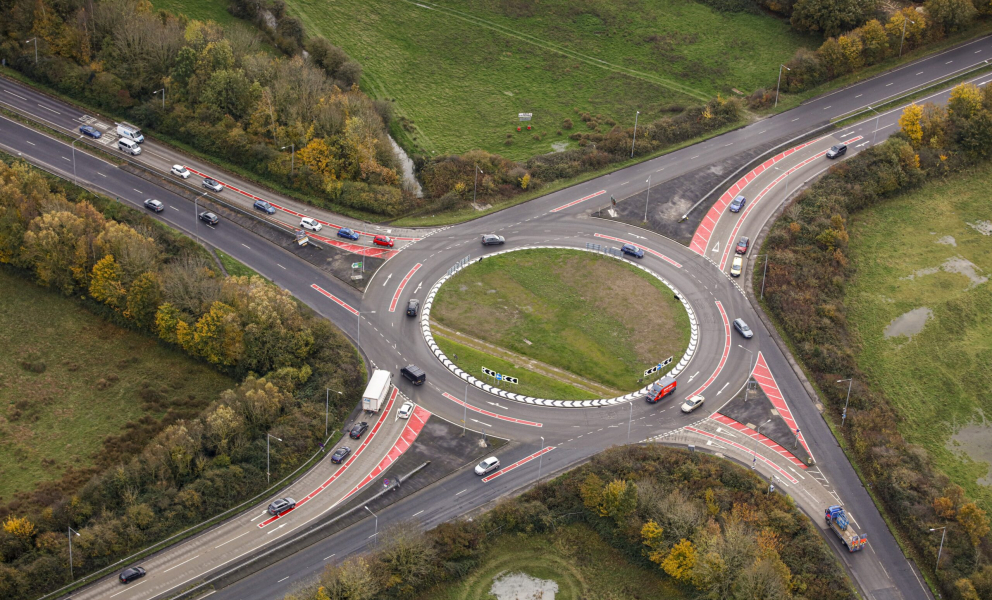 “Not only does this scheme help to make one of Ashford’s key gateway roundabouts a safer place for motorists but it is also enabling us to celebrate our heritage and close links with the Armed Forces,” - Cllr Gerry Clarkson, Leader of Ashford Borough Council 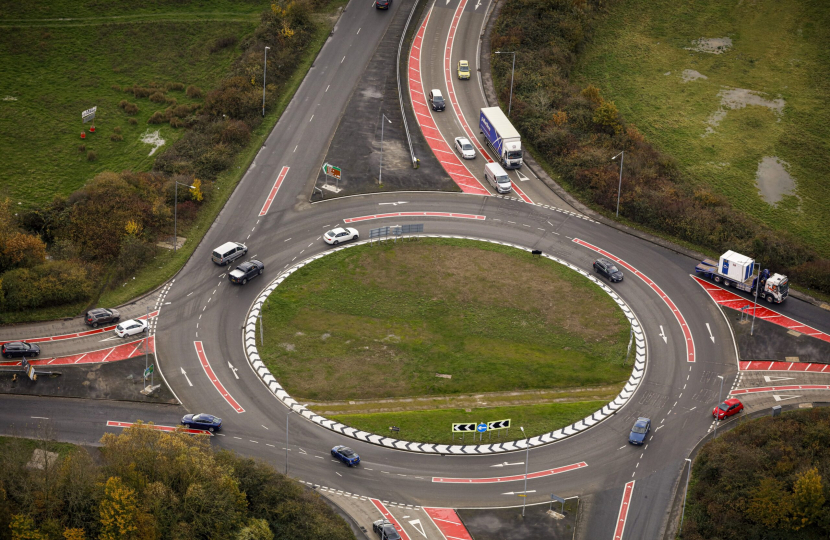 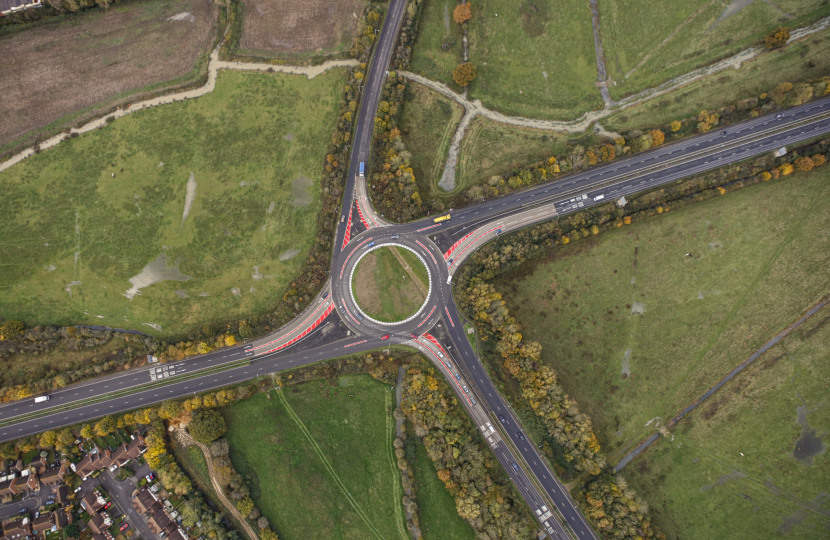 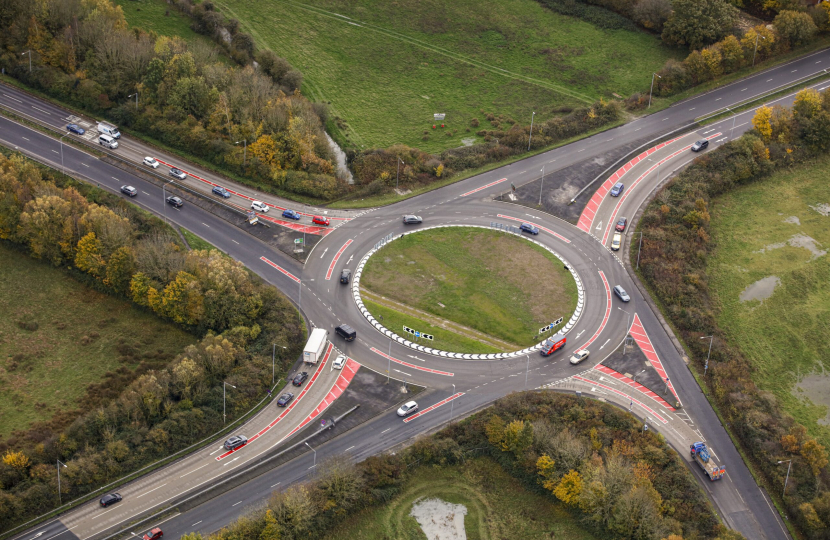 A safety scheme at one of Ashford’s busiest roundabouts has been completed with some UK-first modifications.

The roundabout at the junction of the A2070 and Romney Marsh Road was found to have a high number of crashes, leading to KCC deciding to make the changes.

An opportunity to try a new and innovative approach to roundabout design, based on a Dutch idea, was agreed upon – turning it into a ‘turbo roundabout’.

A turbo roundabout provides a flow of traffic, requiring drivers to choose their direction before entering the roundabout. 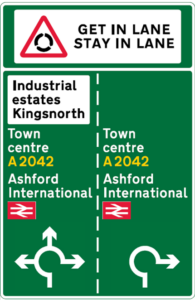 To provide access for maintenance of the landscaping, KCC worked closely with Ashford Borough Council to install a maintenance bay in the centre.

KCC’s redesign of the junction gave the project opportunity to discuss with Ashford Borough Council on landscaping ideas, which include a memorial to the fallen of World War One.

The scheme is now almost complete, with the carriageway works having been completed in October 2019, and the tank, silhouettes and wildflower meadow due to be installed by the end of July.

Eight ‘British Tommy’ soldier silhouettes – last seen in the town’s memorial gardens as part of the 2018 Fields of Battle, Lands of Peace commemoration – and also the much-loved Floral Tank will be installed in the middle of the roundabout, covered in turf and surrounded by a wildflower meadow containing poppies.

The new design has been well received, attracting attention from other highway authorities, as well as currently being considered for adoption into national standards.

KCC has plans to roll out the design on other similar junctions.

Improvement works are being carried out to five ‘gateway’ roundabouts around Ashford – the A20 Charing Hill, A20 Orchard Heights, New Street / Chart Road, Romney Marsh / Forestall Road and the newly-renamed Flanders roundabout.

Cllr Andrew Buchanan, Ashford Borough Council’s portfolio holder for Environment and Land Management, said KCC’s decision to redesign the junction led to discussions on landscaping ideas and it was agreed that it should be a memorial to the fallen of World War One.

“We decided to re-purpose our floral tank which had previously been installed in Vicarage Lane in 2018 to commemorate 100th anniversary since the end of the First World War. It was decided to name the junction Flanders roundabout, both as a reference to the memorial and also as a nod to the low countries of Europe where this roundabout concept originates.”

Cllr Gerry Clarkson, Leader of Ashford Borough Council, has been closely involved in the project and has played a key role in discussing options for the theming and design of the roundabout with Kent County Council.

“Not only does this scheme help to make one of Ashford’s key gateway roundabouts a safer place for motorists but it is also enabling us to celebrate our heritage and close links with the Armed Forces,” he said. 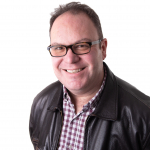 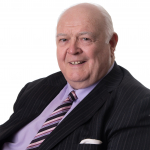 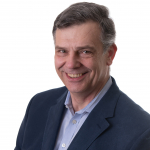 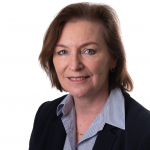 It is a huge privilege to represent the residents of Ashford Rural East on Kent County Council. I work closely with parish councils and Ashford Borough councillors, making sure our voice is heard at KCC, where I also serve as Cabinet lead for Adult Social Care and Public Health. 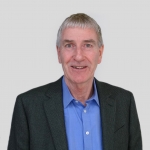 Originally from a mining village in Yorkshire, I was brought up in a council house with my younger brother and sister. I went to a state grammar school, then to Oxford University, where I read chemistry, and I had a successful business career in very large companies, including Unilever, Tesco, Safeway and Shell. I am recently retired, fit and energetic, with an active brain. 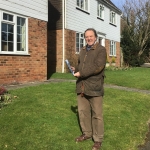 As your county councillor for Ashford Rural West for the last eight years I have been fortunate to serve in a beautiful part of Kent stretching from Challock down to Smarden.